The Friends of ISD 88 formed in 2012. During the spring of 2012 the group approached business and community members for financial support of the school district. The donations, along with the proceeds from the Eagles Extravaganza totaled $50,000. That money was used to save a full time teaching position in the school district.

The financial support of the community has allowed the Friends of ISD 88 to have a positive and far reaching impact on the educational experience of District 88 students. This spring, we are once again planning an Eagles Extravaganza. The money raised will be used to help upgrade technology at all 3 buildings.

Thank you for your continued support. 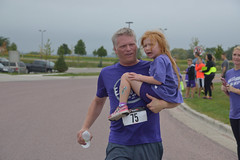